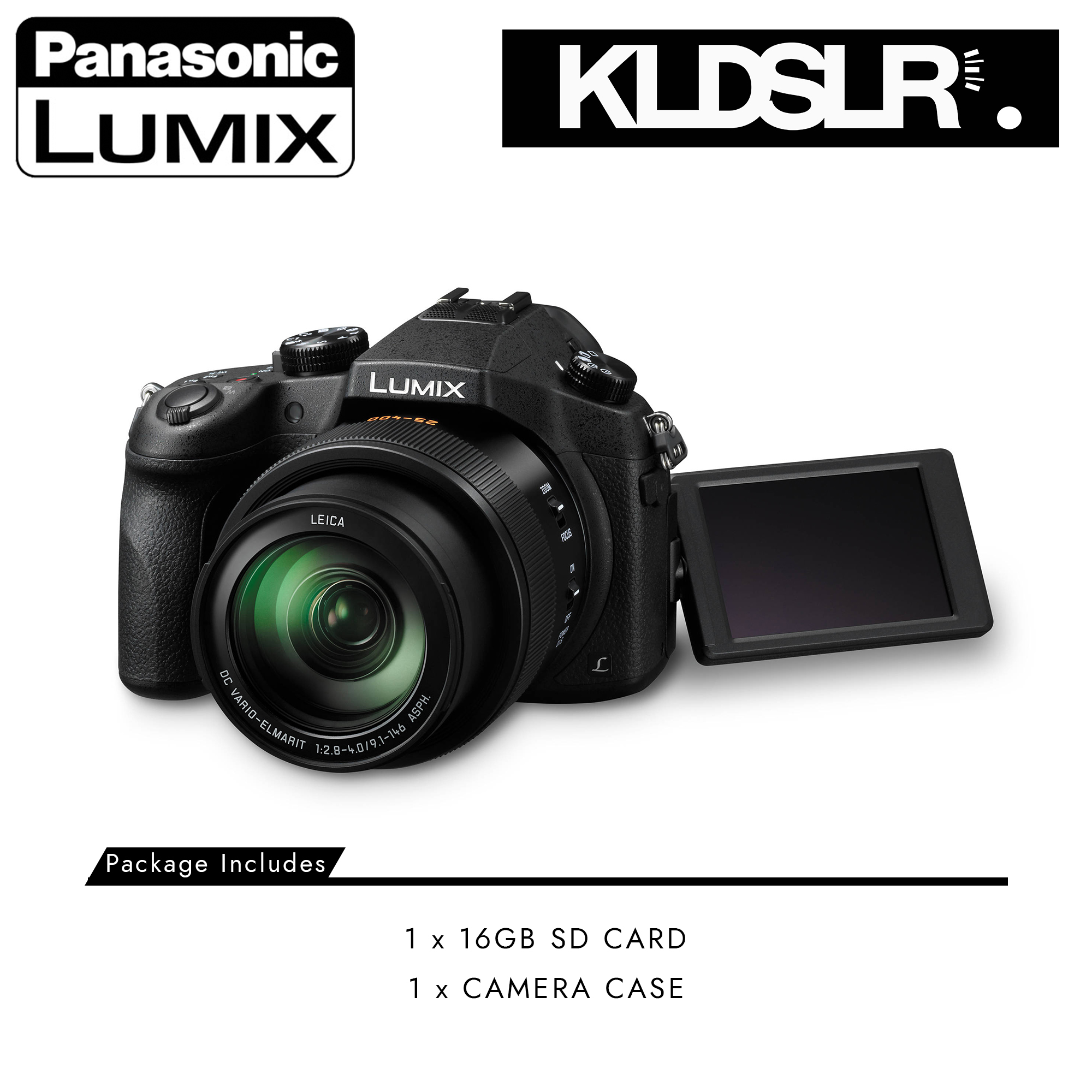 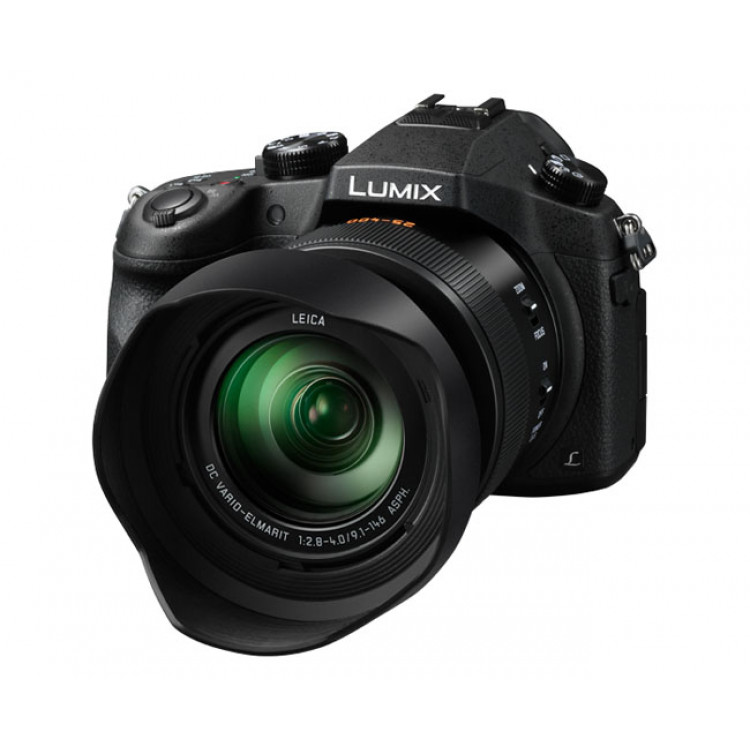 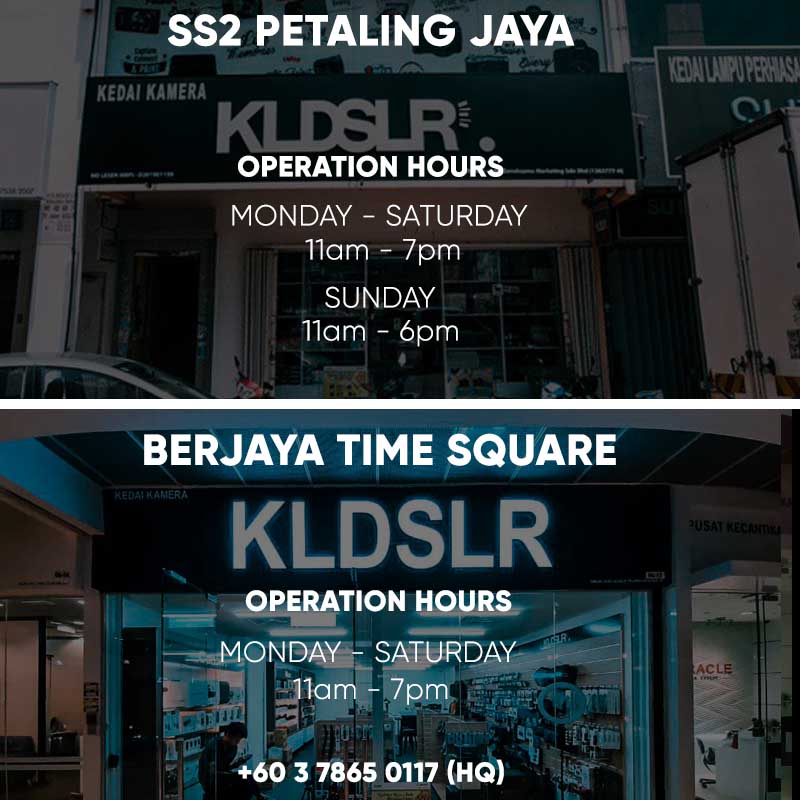 The Panasonic Lumix FZ1000 is premium level super-zoom camera featuring a large 1.0-inch CMOS sensor and a fast 16X optical zoom lens. Suitable for enthusiasts looking for a high specification bridge camera or for beginners wanting a one-lens alternative to DSLR's, the FZ1000 is one of the best in it's class. High resolution 4K video is included as well as Wi-Fi and NFC connectivity for the easy sharing of images and remote control of the camera. Composition is a breeze through the high-resolution EVF or the articulating LCD screen for those difficult angles.

The DMC-FZ1000 incorporates a newly developed 1-inch High Sensitivity MOS sensor with 20.1-megapixel resolution. The 1-inch sensor is 4x larger than conventional 1/2.3-inch sensors in size. This large sensor results in a dramatic reduction of noise, even when shooting at ISO 12,800. The rich amount of light that it lets in helps to produce impressive defocus with a shallow depth of field.

The Venus Engine quad-core image processor has been newly developed for the DMC-FZ1000 to dramatically boost its performance, especially for the high speed signal processing that is required for 4K video recording. The advanced Multi-processor NR (Noise Reduction) technology applies effective noise reduction and detail processing, and a new Random Filter blends chromatic noise into the image more naturally, resulting in a maximum ISO 25,600 (Extended).

A newly adopted aperture filter is capable of controlling a wider frequency range, adjusting the sharpness according to the frequency level to achieve a true stereoscopic effect. The Venus Engine also improves colour reproduction with accurate evaluation of each colour even if it is similar in colour phase, saturation and luminosity. The accuracy of auto white balance is dramatically improved by metering 12 times for a more precise detection area.

Five aspherical glass lenses is a record number in the history of LUMIX digital compact cameras, and is made possible by Panasonic’s unique aspherical lens mould technology. This enables the DMC-FZ1000 to achieve beautiful, evenly smooth defocus with an invisible edge line. This first lens group located at the front consists of four lenses to minimise chromatic aberration, especially at the tele-end.

The DMC-FZ1000 is not only an advanced photographic tool for recording high quality photos but also outstanding videos. It features an exceptional 4K video recording capability, which can shoot at QFHD 4K (3840 x 2160) at 25 frames per second in MP4.

It’s also possible to cut out a frame from a recorded 4K video and save it as an eight-megapixel picture, enabling users to choose the best spur-of-the-moment shot after filming to produce a still image of 3840 x 2160 pixels.

The DMC-FZ1000 also records Full HD 1920 x 1080 50p video in AVCHD Progressive (MPEG-4/H.264) format. A dedicated button on the top of the camera lets users instantly start recording videos while shooting photos. Users also have the option of recording in MP4 at 50p to guarantee higher compatibility with PCs.

The powerful 16x optical zoom with smooth 5-step zoom and Hybrid OIS+ with Active Mode is available in video recording too. The 5-axis compensation system suppresses handshake movement in virtually any direction. Dolby Digital offers highly realistic sound to accompany videos, and this works with the stereo zoom microphone’s zoom noise reduction system and the Auto Wind Cut function, which blocks out most of the noise from background wind. The popular iA (Intelligent Auto) mode is available for video recording.

The Creative Video mode lets users set the shutter speed and aperture manually to make even more impressive videos. Changing the shutter speed brings special effects to videos, which is especially suitable for shooting fast-moving subjects, while controlling the aperture is convenient when there are several subjects at different distances and the user wants to have some of them stand out.

To maximise performance, the DMC-FZ1000 uses a dedicated linear motor that is integrated into the focus system. This achieves a speed increase of approximately 275%  faster focusing compared with the DMC-FZ200.